The Practising School originated in July 1931. It began with 3 students in standard V and 8 students in standard VIII. In the following year, over 400 students were admitted in all standards including the kindergarten. However, there was a stipulation that no single class should exceed 42 students.

In the 1934 national matriculation Examination, 12 out of 13 candidates from the TTC passed the exam. Ma Thein Kyi, who later because Professor of Geography at Yangon University stood Second. Every year, up to the Second world war, the school produced many scholarship winners. in the 1937-38 Report of the Director of public instruction, it was put on record that ” — the school continued to do sound work and had an excellent record of discipline and results in the High School Final Examination”.

After the war, the Teacher’s training college (TTC) became the Faculty of Education and was one of the faculties of the University of Yangon. The Dean of the Faculty was the principal of the school. A separate headmaster of the school was appointed.

Following the enactment of the University Law of 1964, the Faculty of Education was upgraded to become a university status, degree-awarding professional Institute of Education. 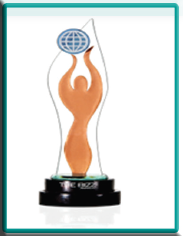